The Morris Academic Staff Association (MASA) is the organization of the Academic Professional and Administrative staff of the University of Minnesota, Morris. MASA is an informal group organized to keep all UMM Academic Professional and Administrative (P&A) staff informed about issues of interest and common concern. All UMM P&A staff members are a part of MASA.

The MASA Steering Group fosters communication among P&A staff members at Morris. Its membership is determined by/aligned with those elected to serve with the systemwide P&A Senate. 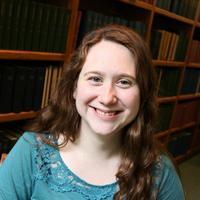 The Campus Assembly is the formal governing body of the Morris campus. It is made up of all UMM faculty and academic staff, student representatives, and representatives of the United Staff Association of the campus. (The United Staff Association is made up of Civil Service employees and bargaining unit employees represented by both AFSCME and the Teamsters.) Under the UMM Constitution, all academic staff are members of the Campus Assembly. The Steering Group encourages all P&A employees to be involved in campus governance, to read the materials sent out in advance of Campus Assembly meetings, to attend Assembly meetings, to become informed about issues to be voted upon, and to exercise their right to vote in the Assembly.

On July 1, 2011, the P&A Senate became the official University governance body for academic professionals and administrative (P&A) employees at the University of Minnesota. Representatives and alternates are elected to their positions by the unit in which they work. These individuals are the P&A voice at the University when it comes to reviewing or revising policies, benefits, compensation, recognition, and rewards. As a governance body, it is the P&A Senate's role to make recommendations to the administration on important policy issues and to advocate for benefits and compensation for P&A employees.